Five years ago, the indie gaming scene was changed forever with the release of Undertale, a sort of ‘Anti-RPG’ that focused on mocking traditional RPG tropes as much as it did celebrating them. Suffice to say, it resonated with a lot of people and it’s clear that the uniquely unconventional design had no small effect on UnderHero. Still, it wouldn’t be fair to refer to UnderHero, which released on Switch in February 2020, as ‘just’ riding on the coattails of more well-known games. This is very much an experience that demonstrates mastery of the game mechanics it executes, making for an indie game that you shouldn’t dismiss out of hand.

UnderHero picks up right at the end of a standard RPG, in which you control the hero as he makes the march through the main antagonist’s castle for the final battle. Things are quickly cut short, however, when a random minion drops a chandelier on the hero and kills him. From here, you then take on the role of the minion, as he sets off on his own quest to return the three macguffins collected to unlock the castle. Along the way, he’s guided by a magical talking sword hilt that belonged to the late hero, who encourages the minion to break free of his boss’ wishes and be his own hero. 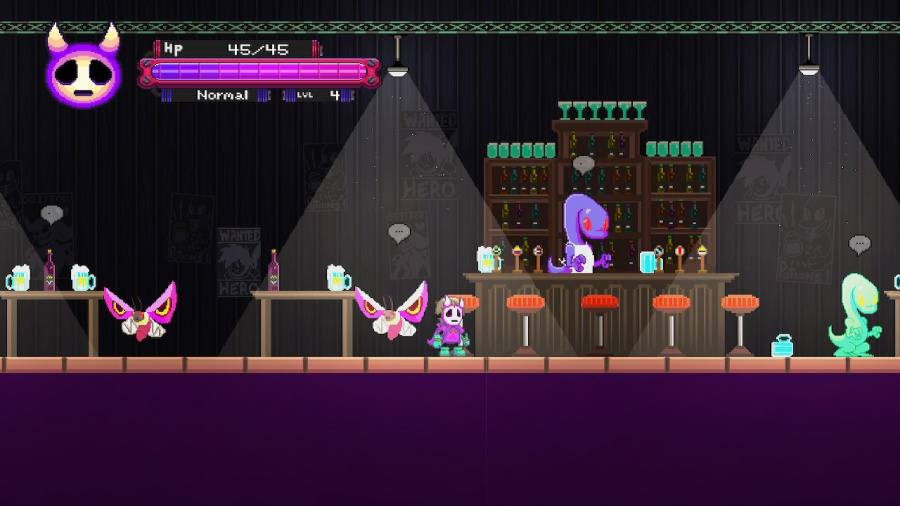 It’s a fascinating premise to begin with, and its execution is greatly bolstered by the wry sort of writing that borrows liberally from Undertale’s playbook. Your quest as the minion is very much a send up of general video game and RPG tropes, frequently poking fun at such conventions while breaking the fourth wall plenty. One early sequence sees your minion needing to access the higher levels of a tree which he can’t reach by jumping. The solution is to take an elevator, but a fuse is missing, which kicks off an increasingly more ridiculous and contrived series of fetch quests to obtain the fuse. All of this is for nothing, however, as he soon just floods the tree with beer and swims up. It’s frequent moments like this which keep the narrative lighthearted and engaging, encouraging you to play further just to see what other off-the-wall scenarios and characters you come across.

Gameplay feels like something of a mixture between a Metroidvania and a Paper Mario game, which makes for a nicely balanced experience. Most of your time is spent navigating 2D worlds and platforming your way through myriad obstacles, all while picking up occasional upgrades and coins along the way. The upgrades boost parameters like your health or attack stats, while the coins can be spent at the “Evil Store” for potions, buffs to your weapons, and more. This makes for a solid feedback loop of continual power growth fostered by exploration, although one annoyance is the lack of an easily accessed map system. The labyrinthine dungeons aren’t too difficult to parse, but you can only look at a map at fixed signposts along the way, which needlessly makes navigation more difficult if you happen to lose your way. There were a couple times where we wasted a few minutes walking in circles before finding the correct path, something which wouldn’t have been an issue if the map was always accessible. Still, the issue never became more than an irritation, and the enemy encounters helped to break up any monotony. 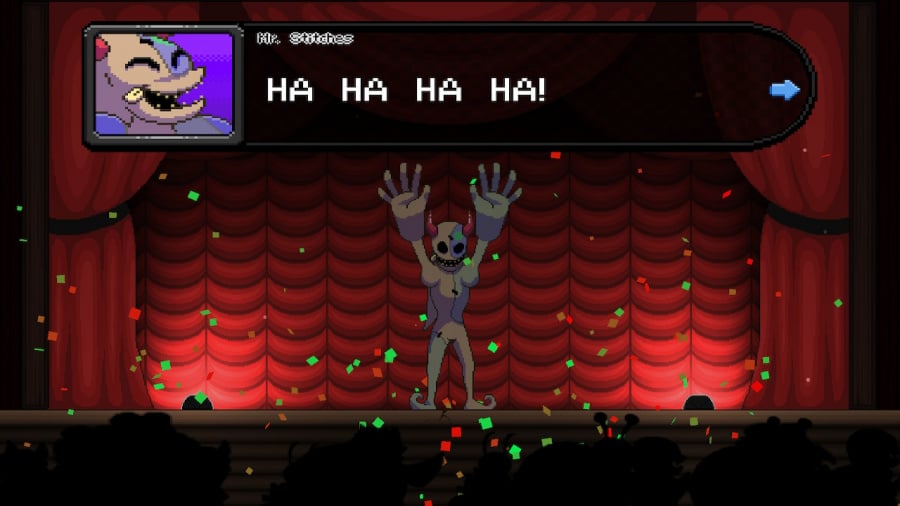 Most of the world has enemies patrolling around, and this is where the Paper Mario bit comes in. Your minion can attack at any time, but his actions are governed by a slowly regenerating stamina bar that decreases a fixed amount with each action. Your ability to dodge is tied to this, too, meaning that you have to constantly be weighing the cost of an attack against the likelihood that your foe will strike before you can regenerate enough stamina. You can use a shield to block or parry damage independent of your stamina, but the shield can only take so many hits before it needs to be repaired, and the timing for a parry is narrower than a standard dodge.

Whether you’re on offense or defense, the battle system is based on deftly timing your button presses, with correct presses rewarding you with better outcomes. Dodge an enemy attack at the right time and your stamina meter will temporarily refill at a faster rate, which allows you to pull off more attacks in a shorter window. Then, for your attacks, the timing is based on the beat of the music, where blows that land on the beat will deal more damage. Each enemy has different strengths and weaknesses, along with a variety of tells that telegraph what attack is coming next, which makes for a combat system that stays enjoyably dynamic no matter where you are in the story. 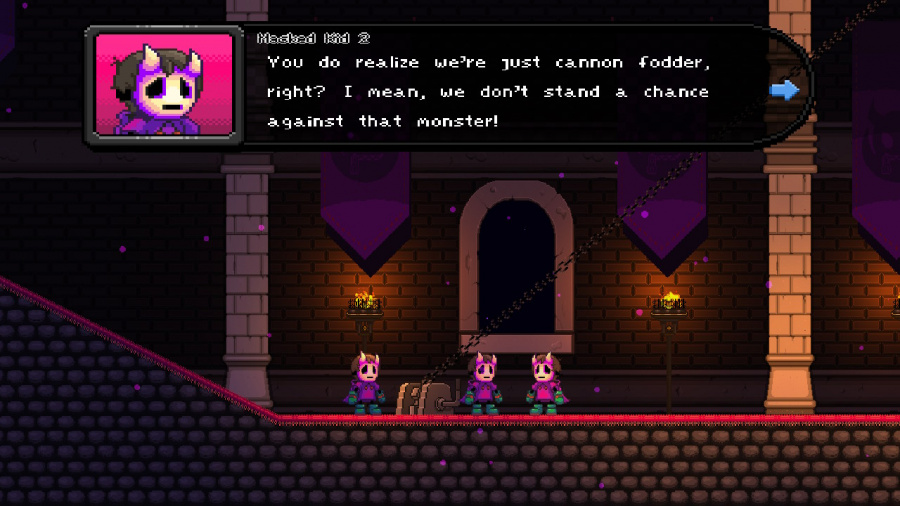 Your minion has a variety of attacks at his disposal, each of which are meant to be used in different situations. A quick slice with the sword is your standard attack, but he also has a slingshot for reaching those high-flying enemies. And if you think you’ve got a bit of time before the next attack comes from your foe, you can opt to use the slow-charging, but powerful hammer swing to do massive damage. It’s usually pretty clear what tool should be used when, which leaves a feeling that perhaps more depth could’ve been explored with this setup, but it’s perfectly satisfying in practice. Our one complaint, however, is that the controls for the slingshot prove to be needlessly sensitive, making it more of a pain to use that over your other weapons.

As for it presentation, UnderHero employs a rather unique look that doesn’t feel quite like pixel art, even though it clearly borrows heavily from that visual style. At any rate, each environment is intensely detailed and rich with color, with simply animated sprites that convey little personality quirks well. It all seems to perform smoothly, too, though we noticed occasional graphical hiccups every now and then. There was an occasion or two where a jump that barely should’ve landed on a platform resulted in seemingly passing through its edge and falling, or where getting caught in a gap that wasn’t quite wide enough to fall through would result in our minion juddering madly as he hung in the air. Such instances are rare, but they pop up every now and then, indicating that perhaps one more pass for polish may have been in order before UnderHero went gold.

Despite minor flaws with presentation and control, UnderHero proves itself to be a rewarding experience that frequently surprises with its ingenuity and writing. This isn’t exactly a ‘go out and buy it now’ kind of gam, but if you like the sound of it, you likely won’t be disappointed by the content on offer here. It’s not perfect, but a well-paced story, engaging combat system, and beautiful world make UnderHero a game that rarely disappoints, and we’d recommend it to anybody looking for a good ‘deep cut’ for their Switch library.